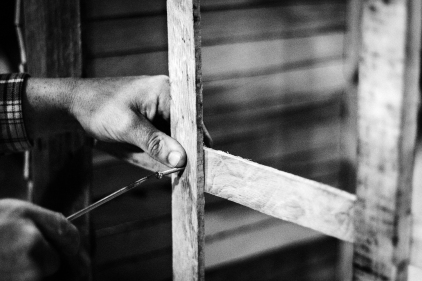 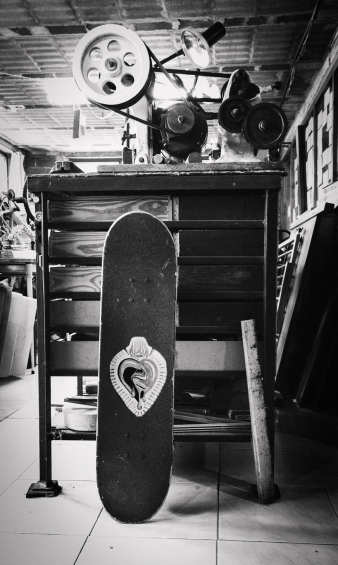 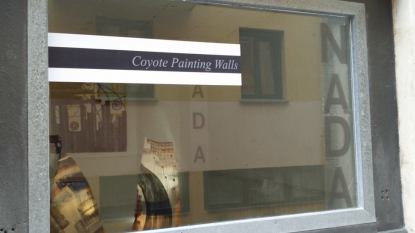 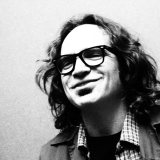 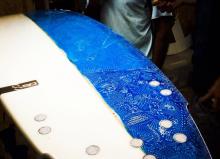 Simmons was born (1919) in Los Angeles, the son of a postman, and raised in the Los Angeles communities of Silverlake and Pasadena. He developed a cancerous tumor in his left ankle at age 16, and nearly had the limb amputated before the growth went into remission. Bicycling to rehabilitate his leg, Simmons was hit by a car and broke his left elbow, and the joint had to be fused at a 45-degree angle. While in the hospital recuperating, he was advised by another patient to take up surfing to help strengthen his arm. Simmons eventually became a skilled if ungainly surfer, limited somewhat by his bad limb, and riding in a straight-backed legs-together goofyfoot stance. Malibu was his favorite break, as it was with virtually all Southern California surfers in the ’40s and ’50s.

A high school dropout, Simmons nevertheless passed the admittance test to the California Institute of Technology, and was a part-time engineering student for nearly five years, earning straight As. When America entered the war in 1941, he quit school and became a machinist, and for two years after the war he worked on and off as a mathematician for Douglas Aircraft. He later attended San Diego State College for one semester and earned a B.S. in mathematics.

California surfers in the mid-’40s rode either long, flat, blunt-nosed plank boards, usually about 10 feet and weighing almost 60 pounds, or the longer, lighter, more streamlined “cigar-box” hollow boards. (Progressive Hawaiian surfers had meanwhile developed a modified plank design called the hot curl.) The planks were lumbering and unresponsive, the cigar-boxes were tippy, and the lanky 6’2″ Simmons was compelled, almost from the moment he began surfing, to create better equipment. He learned the fundamentals of board-building in the mid-’40s from the talented but surly Gard Chapin (stepfather to surf icon Mickey Dora); in 1946 he acquired a copy of a lengthy MIT study on planing hulls, and began applying its complex equations and theories to surfboards.

By 1949, the typical Simmons board was wide (around 24 inches), with a thin, squared-off tail, finely turned and calibrated rails, and a broad spoonlike nose. Pre-war boards for the most part had been redwood-balsa composites coated in varnish; Simmons, working out of his garage in Pasadena, used balsa only and was one of the first to cover his boards with a layer of resin-saturated fiberglass. Along with fellow Malibu favorite son Joe Quigg, Simmons also produced a small number of Styrofoam-balsa “sandwich” boards in the late 1940s, pre-dating the commercial production of polyurethane foam surfboards by nearly 10 years. The average “Simmons spoon” board weighed about 25 pounds; it wasn’t particularly maneuverable, but was faster and more controllable by far than either the planks or the cigar-boxes, and could be put on a more acute angle across the wave face. Simmons also made the first double-finned boards, and experimented with bottom-surface concaves as well as a split-rail “slot” design.

Quigg, Matt Kivlin, Dale Velzy, and other Malibu-based boardmakers incorporated many of Simmons’s design features into their own boards, and by 1950 were producing the easier-to-turn Malibu chip design, which in turn led to the development of the modern longboard.

Simmons meanwhile earned a reputation as loud, scruffy, opinionated, and frequently unpleasant. “He was dunked and beaten up at Malibu,” San Diego surfer and Simmons test pilot John Elwell later recalled. “He was punched down at San Onofre, and stoned on the trail to Palos Verdes Cove.” (An ax-wielding Simmons returned to the Cove under cover of night and retaliated by demolishing a row of paddleboards left on the beach.) Simmons spent much of his time in the early ’50s driving the coast alone in his rusted-out 1937 Ford Tudor sedan with black-painted side windows, in which he kept hydrographic charts and abstruse hand-drawn graphs and computations, along with cans of baked beans, a bag of oranges, weather maps, unpaid speeding tickets, a quiver of homemade boomerangs, and a sleeping bag.

In October 1953, the never-married Simmons sailed to Hawaii, and became the first visiting surfer to rent a house on the North Shore of Oahu, where he discovered that his wide-tailed boards didn’t much work in larger surf.

On September 26, 1954, in eight-foot waves at San Diego’s Windansea, Simmons was struck in the head by his own board and drowned. He was 35.

Simmons was posthumously inducted into the International Surfing MagazineHall of Fame in 1966. Almost 35 years later, a Simmons sandwich board sold at auction for $18,500—at the time, it was the highest amount ever paid for a surfboard.

San Diego surfer-historian Richard Kenvin launched the Hydrodynamica website in the mid 2000s to reintroduce Simmons’s planing hull concepts to the surfboard shaping community. In 2012, “Hydrodynamica: Remember the Future,” a Kenvin-curated art installation celebrating Simmons’s board designs, opened in a San Diego gallery”, from Encyclopedia Of Surfing by Larronde and Elwell

Coyote Painting Walls, aka Ivan Fernandez-Gonzalez, is a Spanish born artist based between Boston, Barcelona and Milan. He is one of the original members of the Dr Karmaleone Crew and also the ideologist of the Coyote Communication Army. His artwork is specialized in graffiti, sculpture and public art projects related with skateboard and surf. Raised on the beaches of Cabo Peñas (Asturias) he has been living and working in Bilbao, Paris, Mexico City, Puerto Escondido, Milan and Boston. He has participated in shows in Italy, Spain, France, Germany, Puerto Rico and United States. In 2012 he won the Beca Antón de Ayuda a la Creación Escultórica 2012. He is also the alma mater of La Factoría del Color, in Boston, and the Coyote Skate School (Milan, Italy).